FROM THE TEAM LEADER

We hope you are all safe and healthy!

As we all know, since I last wrote to you, the coronavirus has been the global news headline, and we have all been affected by it, some more seriously than others. Today, South Africa has the highest number of confirmed coronavirus cases in Africa at 6783, and 131 recorded deaths, which is tragic.

Our work at AE has also been seriously affected. All our conference groups are cancelled until further notice, placing us in a cash-flow crisis, our city-wide mission for this year is postponed to next year, and our Foxfires all returned home for the lockdown, and uncertain of when they will be able to visit the schools again.

The gospel, however, must be shared, through word and deed! So we obtained authorisation from the SAPS, and have been assisting with emergency relief work, since 01 April, in supplying essential food and hygiene items to desperate households that have no income during the lockdown. Our deliveries also include instructions on coronavirus transmission prevention, AE’s “Everyone Wants Answers” tract, the Gospel of John, and face masks (made by our chairman Rob Langley and his wife). We also explain to the families about observing the government regulations, taking the necessary safety precautions, and usage of the face masks. We have thus far supported 372 families with food aid for 3 weeks, equating to approx. 93,744 meals provided. For this we thank the Lord, and all our amazing donors! 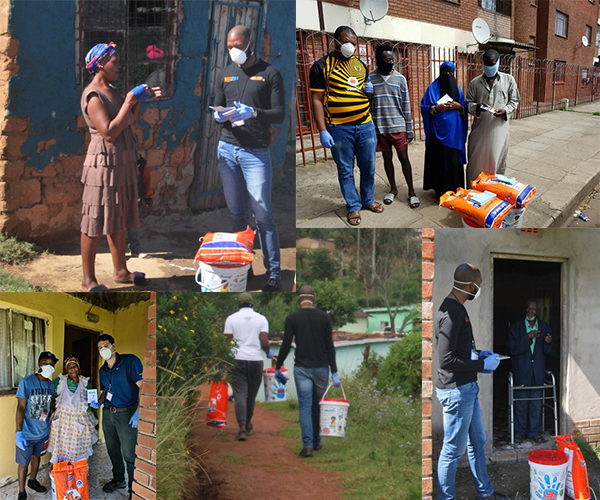 Although the South African government has now relaxed the lockdown slightly, to level 4, which allows some more essential sectors to return to work, albeit in a reduced capacity, the majority of our population will continue to rely on emergency interventions for their survival.

Therefore, at AE, we will continue with our emergency relief work, with the help of our generous supporters. Every R350 gift provides a family of 4 with essential food and hygiene items for about 3 weeks. Please do consider joining us by sowing into this relief campaign. You can also follow our relief work and other stories by “liking” our Facebook page at https://www.facebook.com/aesouthafrica

Please do read our insert below, for an update from Charlene on the powerful documentary that is currently being produced by AE.

Thank you also for your ongoing general support, which will help us stay afloat and continue reaching the lost, during and beyond this time of global crisis.

May our Lord heal and save many in this time! 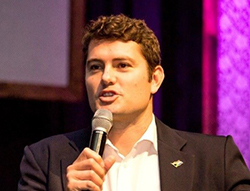 We want to share our exciting news with you about where we are with AE’s documentary film on the 1994 SA elections.

Last year in July, after receiving various recommendations from supporters that we should make a documentary, we approached Frans Cronje to find out how one embarks on such a venture and to find out if he could recommend people who could take such a project on. He immediately said that he would like to work on the project himself .We were thrilled because we know him as an excellent and much loved and well known film producer in South Africa with a passion for advancing the Kingdom of God through his productions.

After sending Frans Cronje’s company, Global Creative Films, a variety of Michael Cassidy’s books, we soon were in agreement that the story we most WANTED to tell, that could benefit the Church, South African citizens and potentially inspire people across the world, was the story Michael captures in his book A Witness Forever. This book tells some intriguing and unknown, behind the scenes details of how the miracle of South Africa’s first democratic election in 1994 unfolded.

We interviewed some key role players at the time. The interviews are excellent and Global Creative Films have done an excellent job in the way they have weaved these into the historic narratives and archival footage. It is truly inspiring and sensitively done. Some of the people we have interviewed include Prince Mangosutho Buthelezi, Danie Schutte (minister of home affairs at the time and in charge of the election), Frank Mdlalose (later premier of KZN), Former President FW de Klerk, Moss Nthla (general secretary of TEASA , The Evangelical Alliance of South Africa), Andries Beyers (head at that time of AVU Afrikaner Volks Unie), business leader and motivational speaker Billy Selikane, Afrika Mhlope (gospel and culture expert) and several others.  We are praying that President Cyril Ramaphosa will also still grant us an interview. We are sending him a draft of the project shortly as he requested and we are trusting the Lord for favor.

This production will be an excellent educational and inspirational tool. We are particularly excited about its potential in SA schools in helping young people to understand where we are, how we got here, and what we must do now. We also think that the documentary could be a significant resource for the continent of Africa since this is a major part of Africa’s modern history.

It consists of quite a comprehensive overview of South African history, then it tells of the miracle of how God intervened in 1994, and then finally calls for a response requiring us to come together creatively, practically and proactively to harness the remnant of that Miracle and build our future conscientiously, with a strong and positive vision for the country and for evangelism, renewal and practical action.

Frans has also proposed that we launch a national “#DoYourBit!”campaign with the documentary, whereby we hope to facilitate conversation and help every South African to resolve to make their individual contribution as an outcome of watching the documentary. We hope too to enlist the help of our friends and supporters across the country to endorse the campaign and to help us to promote its challenge.

We are not yet sure of the timeline for the release of the film, but we are in sight of the project’s completion. We will keep you updated!

Do please continue to pray for the ministry and to support us financially.

Yours very sincerely in Christ, 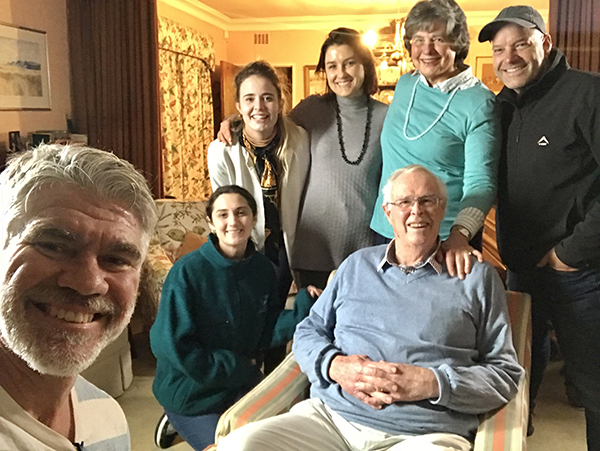 Frans Cronje (left) and his crew at the Cassidy’s

Dear friends, we would like to stand in faith with you for your prayer needs, so we invite you to send prayer requests to Biggie, our Prayer Co-ordinator, at prayer@aeint.org 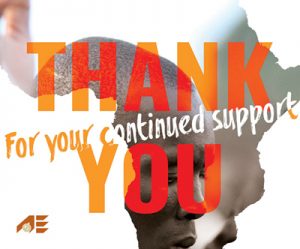 From the bottom of our hearts, we’d like to say a

BIG THANK YOU to all of our donors and partners!

None of this would be possible without you.

Your prayers, support, and encouragement help us keep the
Good News alive in South Africa and beyond!

May our Lord richly bless you.